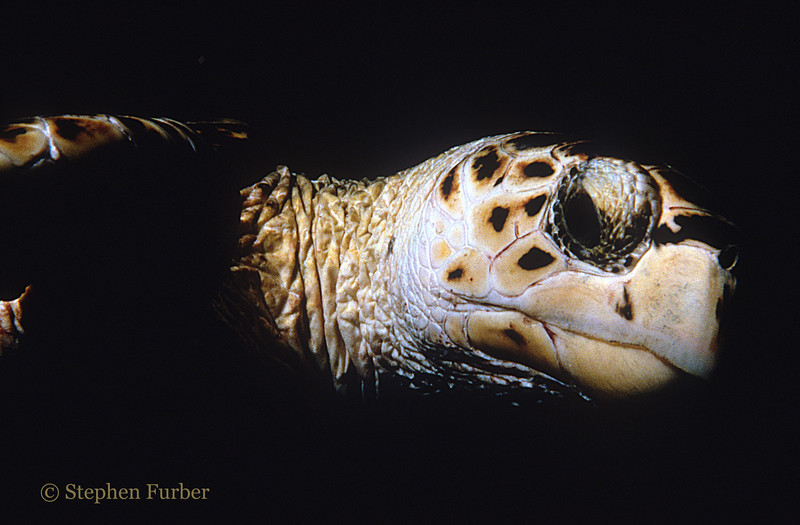 My first dive was in Bermuda with a guy named Dave McLeod. He ran a dive boat operation out near Somerset bridge at the end of the island. This occured in 1977 and coincided with the making of the movie "The Deep", starring Nick Nolte, Robert Shaw and Jacqueline Bissett. Many of the scenes in the movie were shot here and several of the stars brushed up on their scuba diving skills while on location.

Remarkably, I took a camera on the first dive I ever made, before I was certified, which was not uncommon at the time. My recollection is that I made this first dive with a Calypso camera (aka the Nikonos I). In the years to follow, I would take short diving vacations and it was a rare occasion for me to dive without a camera in my hands.

I went on to use Nikonos II, III & IV's with the 28 & 35mm lens and various extension tubes for closeup macro. My favorite was the 15mm wide angle lens which I used for close focus wide angle. I even spent a week with Cathy Church who was writing for Skin Diver Magazine at the time. She was teaching a general underwater photo course on Grand Cayman Island.

Until the late 80's, I had spent most of my career in real estate development. While in Belize, I made the decision to follow my passion in underwater photography. I made almost 1000 dives in a little over a year before I was forced to return stateside due to unforeseen circumstances.

Very soon after, I was blessed with the birth of a beautiful daughter and continued my career in real estate. Underwater photography and diving took a backseat.

That was almost 18 years ago. I only recently started diving again and I felt very naked without a camera, but "lo and behold" photography had gone digital. The world of underwater photography had changed dramatically. Needless to say, I am in the process of trying to adapt some of my old skills and learn the new equipment and technology.

This site contains photos that I scanned from my old slides - some dating back to the 1977 time frame. Simply put, age had caught up with many of the slides in the form of scratches, smudges and bleeding emulsion. I took them out of boxes that were stored in various closets over the years and touched them up with rudimentary photoshop skills. I hope they will be enjoyed by all!

This is for you Schnitze ;)

Wish me luck in my new digital quest!